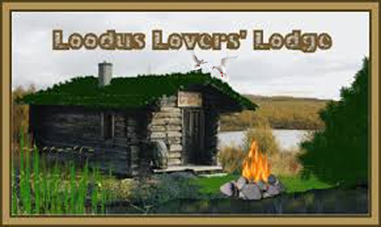 here funny video about bears , how they marks their territorium and give to female bears to know, whois live in this area

as eleri lopp said, this is like bears tinder

Eleri Lopp-Valdma, a researcher of large carnivores, made a fun video about the customs of bears during the run and added her own bear dance to understand the size of the animals.
Based on the information gathered so far, it can be said that ewes are not so diligently labeled. Of all the moments recorded so far, only father bears have rubbed their backs against the tree and chewed their teeth. It is possible that I have not yet reached the marking bears of the bears, "he said.

According to him, the little bear cubs also did the corresponding exercises. The bears have come to the tree, sniffed and then left. One mother bear stopped for just a moment. He immediately had a father bear on his heels, who diligently began to mark. "So it can be said that father bears mark their territory and mother bears go to see who is the biggest player in this forest and whose smell to run. Like a bear dating portal," he explained.

Many bears have been bustling in pairs since April. "From my own observations, it seems to me that the couple will be selected as early as mid-April and then moved together until the end of June.

The male bear mates the bears in its territory. "The male bears around me, at least I think, are loyal to one partner, but go find out what else is going on in the depths of the forest.
Father bears leave their scents in the depths against the tree, even when chewing with their teeth. Then other males and females will know who rules here, "the animal researcher described and wished many meadows to our forests.

Very interesting! It would be funny if one bear went to dance with her

I would love to see bears in the wild, but only if there was a hide

garina do mar wrote:Very interesting! It would be funny if one bear went to dance with her

I would love to see bears in the wild, but only if there was a hide

if you met bear in wild.....you will dance surely, i met once very big bear and mine feet started move very quickly

AllyKass wrote:
if you met bear in wild.....you will dance surely, i met once very big bear and mine feet started move very quickly